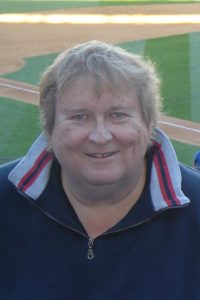 John was born in Cambridge, Massachusetts, moved to Northern Virginia in 1956, and grew up in Springfield, Virginia.  He attended St. Michael’s and St. Bernadette’s Elementary Schools, and graduated from Robert E. Lee High School in 1971.

John was a life member of the Greater Springfield Volunteer Fire Department (GSVFD), with over 48 years of active service.  He served as GSVFD President from 1978 through 2016 and Treasurer from 1976 through 1977.  He also served as Chair of the Fairfax County Fire Commission from July 1989 through August 1996 and from August 1997 through July 1998.  He was Zone II Fire Commissioner from July 1989 to July 2008.

John worked in the banking field from 1971 through 1983, holding positions at Northern Virginia Bank, Peoples Security Bank, and United Virginia Bank.  He attended college while working, completing an Associate of Science in Business Administration in 1983 at Northern Virginia Community College.  He majored in accounting at George Mason University, graduating in 1985 with Bachelor of Science in Business Administration.  John subsequently worked for Singer Associates Fire Equipment, serving as their General Manager and Chief Financial Officer.  John was most recently Vice-President of Equipment Sales for Atlantic Emergency Solutions, where he also served as Controller and Service Center Manager.

John and Karen were high school sweethearts and had been married 45 years.  They loved to travel together, and have been to 49 states as well as several Canadian provinces, Mexico, Great Britain, France and Germany.

All are invited to a gathering immediately following the interment at the GSVFD Paul J. Filipowicz Hall, 7011 Backlick Road, Springfield, VA  22150.

In lieu of flowers, the family requests that donations be made in memory of John to the American Cancer Society at www.cancer.org/donate.

Is that the last of the white apparatus? If so, an area has come and gone.

Idk but that white just hits different, will the dash be sold?

Awwww. This is great, but I’m sad to see it go! I remember it going in service!

Is there a rear of that truck?

Got your moneys worth out of your current aerial without a doubt!

I will miss seeing the white truck. 🤍🚒

Where is GSvFD emblem? I miss the white truck😢🚑

Help Us Help You!